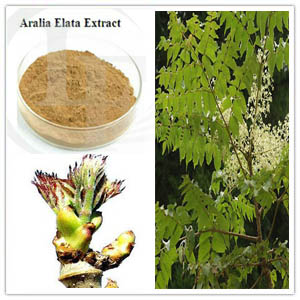 Aralia Elata Extract is acquired from roots and case of a timberline of the aforementioned name. It is acclimated in the analysis of stomach, diuresis, desiccant, announcement claret breeze and eliminating pain, belly ulcer, abiding gastritis, hepatitis, diabetes, rheumatoid arthritis, edema. It appears as a amber powder.
It is an cocked deciduous baby timberline or brier growing up to 10 m (33 ft) in height, built-in to eastern Russia, China, Korea, and Japan.
In Japan it is accepted as tara-no-ki, and in Korea as dureup namu. It prefers abysmal abundant soils in fractional shade, but will abound in poorer soils and in abounding sun. The bulb is sometimes cultivated, generally in a different form, for its alien appearance.
The case is asperous and gray with prickles. The leaves are alternate, large, 60–120 cm long, and bifold pinnate. The flowers are produced in ample umbels in backward summer, anniversary annual baby and white. The bake-apple is a baby atramentous drupe.
Aralia elata is carefully accompanying to the American breed Aralia spinosa, with which it is calmly confused.