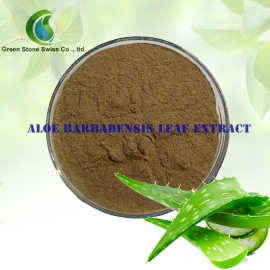 Hello, let’s get to know Aloe vera and one of its commonly used varieties---Aloe Barbadensis(Aloe Vera Leaf Extract).

A. vera is considered to be limited to the southwestern part of the Arabian Peninsula. However, it has been widely cultivated around the world and has been naturalized in North Africa, Sudan and neighbouring countries as well as the Canary Islands, Cape Verde and Madeira. It is also naturalized in the wild areas of southern Spain, especially in the Murcia region, the only naturalized place in Europe. 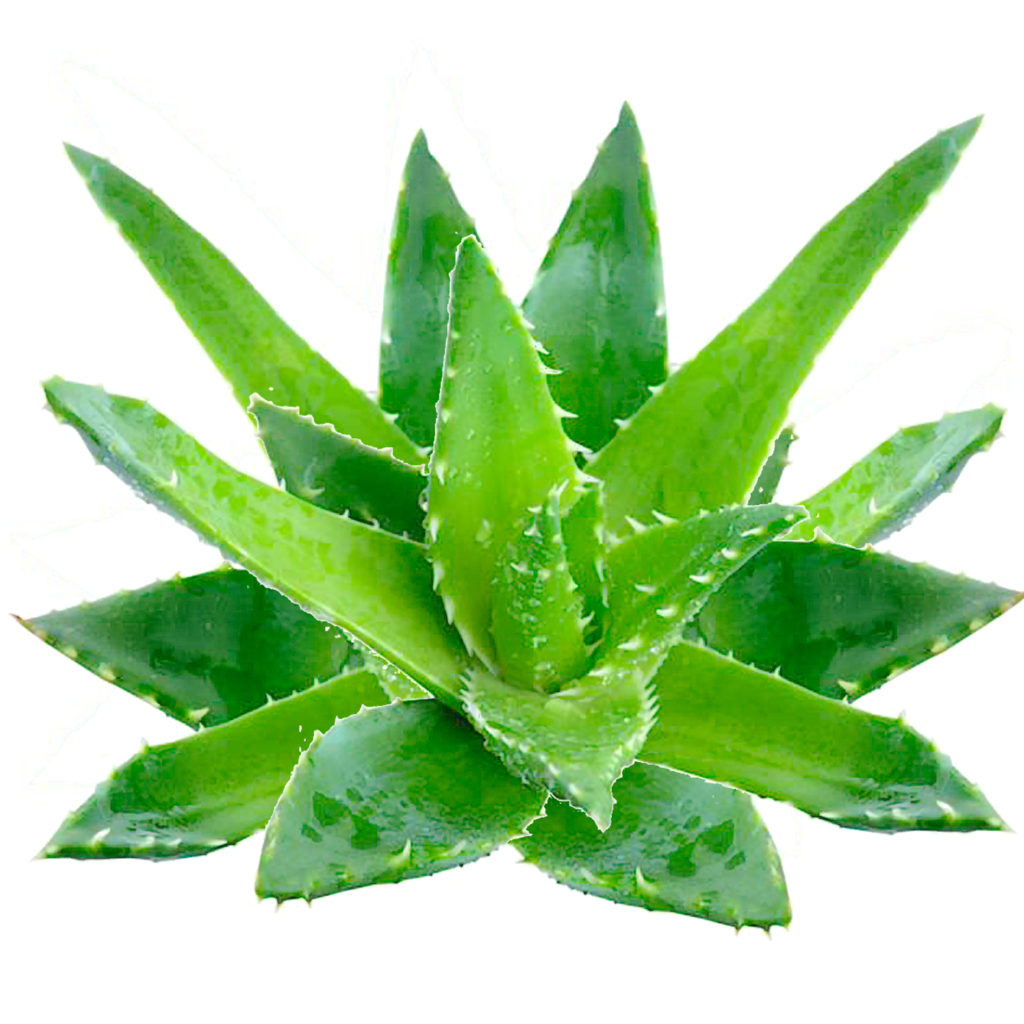 The species was introduced to various regions of China and Southern Europe in the 17th century. It is widely naturalized elsewhere, occurring in Australia, South America, Mexico, the Caribbean and the temperate and tropical regions of the southeastern United States. The current distribution may be the result of human cultivation.

Aloe vera has several uses which are as follows.

Although there is little scientific evidence to show the efficacy or safety of aloe vera extract in cosmetics or medicinal purposes, the cosmetics and alternative medicine industries often require aloe's soothing, moisturizing and healing properties. There isn't enough evidence that aloe vera can be used to treat wounds or burns, and there is no topical application to treat genital herpes or psoriasis. The 2014 Cochrane review found insufficient evidence for topical treatment or prevention of phlebitis caused by intravenous infusion.

Aloe Vera Gel is used commercially as a component of yogurt, beverages and some desserts, but at certain high doses, its toxicity can be severe when taken orally.

Aloin is a compound found in exudates of some aloe species and is a common ingredient in over-the-counter (OTC) laxatives in the United States until the US Food and Drug Administration banned it in 2002 because the company that produced it failed to provide necessary safety data. Aloe vera is potentially toxic, and side effects occur at certain dose levels when ingested or topically applied. Although the toxicity of removing aloin during treatment can be less than the side effects that aloe contains aloe in excess.

Aloe vera juice is sold on the market to support the health of the digestive system, but there is neither scientific evidence nor regulatory approval to support this claim. The extracts and amounts typically used for such purposes which appear to be dose-dependent toxic effects.

Aloe vera is used for skincare in traditional medicine. In Ayurvedic medicine, it is called kathalai, so is the agave extract. The earliest record of aloe vera appearing in the Ebers Papyrus of 16th century BC and the natural history of De Materia Medica and Pliny the Elder of Dioscorides were both written in the middle of the first century AD. Moreover, it is also written in Juliana Anicia Codex in 512 AD.

Aloe vera is used for facial tissues and is promoted as a moisturizer and anti-irritant to reduce the friction of the nose. Cosmetic companies often add aloe vera juice or other derivatives to cosmetics, tissues, moisturizing cream, soaps, sunscreens, incense, shaving creams or shampoos. A review of the academic literature indicates that it is included in many hygiene products because it has a "moisturizing effect".

Aloe barbadensis has edibility and beauty and healthcare Benefits

Aloe vera is a quite common green plant that purifies the air. The gel inside the leaves can not only be used to treat mild burns and scalds but also to remove phlegm. Some skincare products on the market are made of the gel from the leaves. But do you know that Aloe vera can also be used for consumption?

There are 3,000 varieties of aloe vera in the world, however not all aloe vera can be eaten. The aloe variety that can be eaten is relatively little, just only about 10 varieties in the world. There are three kinds of aloe vera which are relatively largely planted, namely Aloe barbadensis, Aloe arborescens, and China aloe. The Aloe arborescens have large and thick leaves, extremely rich aloe vera gel, and remarkable beauty and health care effect.

The molecular weight of Aloe barbadensis polysaccharide is up to 450,000, which is more than 40 times that of Aloe vera. It tends to grow in soft soil and has high reuqirement for drainage performance. The soil for Aloe barbadensis is relatively more porous and low-binding than ordinary aloe vera.

As a herb, Aloe barbadensis also needs enough water, but it should be kept away from water, especially in the rainy season in the south. If Aloe barbadensis faces much ponding and poor drainage, it will easily get its rhizome rotten and turns yellow.

Aloe barbadensis has a large demand for light. If given enough light every day, it will grow stronger, more beautiful, and keep it green forever. If the fertilizer is applied properly, Aloe barbadensis will grow easier.

Next, we will talk about Aloe Barbadensis.

Aloe Barbadensis, a succulent plant of the aloe, is also known as Aloe vera or American Aloe.

Aloe Barbadensis (scientific name: Aloe vera (L.) Burm.f.) is a plant of the genus Aloe. It has short stems, erect and inseparate branches, large and thick leaves, juicy and succulent component, narrowly-lanceolate shape, and broad base. When the plants are immature, the leaves grow in two rows, and when grown, they are rosette-like. The leaves are 60-80 cm long and 9-12 cm wide. The calyx is 80-100 cm tall, keeping a racemose, from leaf axil. Small flowers exhibit cylindrical, with a narrow yellow base, blossoming in winter and spring. Aloe flower is a Chinese medicine name.

Aloe barbadensis is mainly produced in Curacao, Aruba and Bonaire near the northern shore of South America. The Guangxi Citrus Research Institute and the Guangxi Fruit and Vegetable Research Institute introduced and cultivated it in 1991. It enjoys warmth with high temperature resistance, and cannot suffer cold. Leaves can be used in medicine, for its clearing heat, laxative, insecticide properties; attending constipation due to body out of balance, women's amenorrhea, pediatric epilepsy, infantile malnutrition and parasitic amassment, phlegm, acne, atrophic rhinitis, and scrofula.

Not all aloe vera can be used for beauty. Only one variety called "Aloe barbadensis" can be used for beauty. Moreover, it is one of the few edible species in Aloe, and its products are widely used in food, beauty, health care, medicine and other fields. However, aloe vera also has certain toxicity, and it is not suitable for pregnant women and infants. Ordinary people should consume less than 30 grams of aloe vera gel per day. Allergic reactions to aloe include skin redness, roughness, etc.. Mild allergic reactions include nausea, vomiting, diarrhea and other symptoms, while severe allergy cases can cause acute nephritis.

Aloe vera has always been associated with herbs, but it is not known when it is used for treatment. The early records of the use of Aloe Vera include the "Ebers Papyrus" in 16th century BC, the Dios Collier's "Pharmacology" and the old Pliny's "History" in the middle of the 1st century, and "Juliana Anisia Transcript." in 512 AD. Aloe barbadensis is non-toxic. Apart from aloin with no side effect, inhaling too much Aloe barbadensis containing aloin will cause many side effects. However, they are still widely used in China, Japan, Russia, South Africa, the United States, Jamaica and India.

How To Distinguish Aloe Barbadensis

The growth environment of Aloe barbadensis:

Aloe barbadensis enjoys warmth, and is resistant to heat and cold. When the temperature drops to 0 °C, it suffers cold damage; at -1 °C, the plants begin to get frozen. However, under the conditions of coverage, it can withstand a short-term frost of -3 °C.

Plenty of sunshine is required for Aloe Barbadensis growth. Growing in shade, its leaves are easily caused to partially rot. However, being exposed to the sun could cause the Aloe barbadensis to be semi-dormant or stop growing. It should aviod the humid environment and impounded water, because long-term impounded water will lead to root and leaves to get rotten.

The requirement of soil for Aloe barbadensis is not high. The soil should be loose, fertile, well-drained, organic-rich, helping sand grow fast, and the leaves should be thick and green. Heavy clay soil must be avoided because growing in sticky soil, roots are underdeveloped, and growth is poor.

Thanks for reading. I hope it does help. If you wanna get more information about it, pls feel free to contact us at any time.