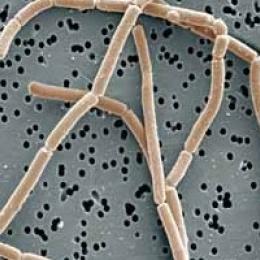 Product Description：
Lactobacillus delbrueckii subspecies bulgaricus (until 1984 known as Lactobacillus bulgaricus) is one of several bacteria used for the production of yogurt. It can also be found in other naturally fermented products. First identified in 1905 by the Bulgarian doctor Stamen Grigorov, it is named after Bulgaria. Morphologically, it is a Gram-positive rod that may appear long and filamentous. It is also non-motile, and it does not form spores. It has complex nutritional requirements, including the inability to ferment any sugar except for lactose. This bacterium is also regarded as aciduric or acidphilic, due to the fact that it requires a relatively low pH (around 5.4-4.6) in order to grow effectively.
The bacterium feeds on sugars and produces lactic acid which also helps to preserve the product. In milk it breaks down lactose and is often helpful to sufferers of lactose intolerance, whose digestive systems lack the enzymes to break down lactose to simpler sugars. While fermenting milk, Lactobacillus bulgaricus produces acetaldehyde, which is one of the main yogurt aroma components. Some of the biggest importers of the bacterium are Japan, USA and the EU.