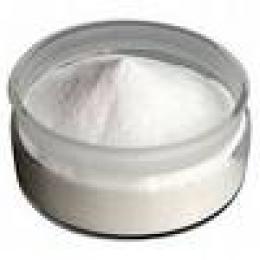 Category  ：Food Additive
Product description :
ε-Polylysine is a natural substance from streptomyces albulus metabolism. It is widely used as food preservative. It can inhibit the growth of Gram-positive and Gram-negative bacteria, yeasts, moulds, bacteria, ect..physical properties ε-Polylysine is hygroscopic, light yellow power. It is soluble in water, slightly soluble in ethanol, insoluble in organic solvent such as ethyl acetate, ether, ect.. The molecular of ε-Polylysine is a straight chain polymer of lysine. It can decompose for lysine within the human body, and can be completely digested absorption by the human body not ε-Polylysine can inhibit the growth of Gram(+) and Gram(-) bacteria , yeast, mould, virus, ect., especially inhibit the Gram(-) bacteria which can’t easily inhibit by other preservatives such as E.coli, Salmonella, and also can inhibit the thermophilics, such as B,stearothermophilus. Its activity is not affected by PH, and stable when heated (120℃ for 20min). Therefore, it can be sterilized along with the raw material. It is a food preservative which is highly efficient, safe, and has no side-effects. Quality standard; FAO/WHO,1992
Range of application  :
ε-Polylysine was generally recognized as a safe food preservative by FDA in October,2003. It is widely used in food preservation. In food application, it is usually applied with alcohol, organic acids, or glyceride, etc.. It can be used in cooked rice, cakes, snacks, noodles, drinks, brewing, meat products, canned food, etc.
Usage :
You may confect the 5-10%ε-Polylysine solution with cold boiled water or distilled water, then put it into the food and mix fully. If it is used together with other food preservatives, can attain better effect.
Packaging  :
0.1kg,0.5kg,5kgor packed to customer’s requirements. [ Storage ] store in well-closed container, away from direct sunlight.