Ceylon ironwood is famous for its durability - but how about its fruit which is highly Antioxidant? 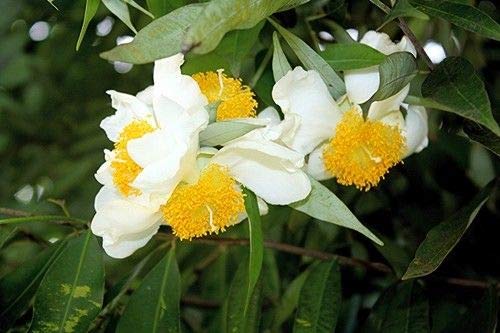 People have already long known that fruits contain antioxidants, which makes fruits become indispensable in people's healthy diet. If you need to get refreshed, antioxidants are naturally occurring chemicals that can remove free radicals which do harm to our cells.
Some fruits with antioxidants are known, including grapes, strawberries, blueberries, oranges and plums. If you are satisfied with the fruits you're consuming in your diet, that will be okay. However, if you are looking for something to add to the mixture, you might consider the antioxidant-rich fruits of the Ceylon ironwood.

Ceylon ironwood (Manilkara hexandra) is a small or medium-sized evergreen trees originated in South Asia. In India, it is locally called rayan or khirni and mostly distributed in the western and central states. Nearly every part of the tree has been used in traditional medicine by elders and tribal people of India. For instance, the seeds contain one quarter of edible oil and a crude saponin mixture, whose anti-inflammatory properties have been studied. On the other hand, the rayan fruit is reported to have phytochemicals which is capable of reducing blood sugar, making it one kind of potential antidiabetic food.

Nevertheless, researchers from the Sardar Patel University thought that there is more secrets of the rayan fruit to be explored. Their study was published in the journal Food Science and Human Wellness, studying its content for other health benefits. They used methanol to extract chemical compounds from the pulp and seeds, thus comparing their amounts to determine which part produced more. Then they used different determination method to test the chemicals for their antioxidant activity.

Flavonoids and phenolic compounds are both the plant extracts of the rayan fruit. Flavonoids are polyphenolic secondary metabolites responsible for yielding pigment in plants. They are well-known for their antioxidant and anti-inflammatory properties.

On the other hand, phenolic compounds are also secondary metabolite which is only different from flavonoids with regard to chemical structure. Phenolic compounds are most obvious for their anti-cancer properties, especially their capability of inducing cell to suicide in cancer cells.

The rayan fruit has plentiful flavonoids kaempferol and quercetin. Kaempferol is another known antioxidant extensively studied for its capability of preventing cancer. It has been proved to effectively restrain cancer cell growth and angiogenesis, and eliminate cancer cells. Quercetin is a common flavonoid in foods, such as onions, green tea, apples and ginkgo biloba. Moreover, it also boosts antioxidative activity and prevents lipid degradation.

The pulp of the rayan fruit is a better source of antioxidants than the seeds. Through comparison of the amount from the fruit pulp and the seeds, the researchers found that they can extract more flavonoids and phenolic compounds from the pulp than the seeds. This is good news because people who want to get all the good benefits of rayan can just get them by munching on the juicy flesh of the fruit rather than worry about wasting lots of antioxidants when they throw away the seeds. (Related: You know grapes are rich in antioxidants - but have you seen their leaves?)

Based on these findings, the researchers found that the fruit of the Ceylon ironwood are a part of people’s diet because it is an essential source of antioxidants which help people keep in good health.

We are a professional plant extract supplier. Welcome to contact us.