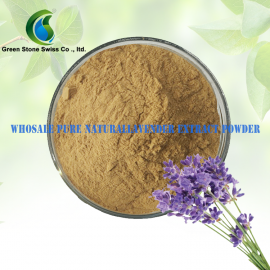 Lavender is one of the most well-known and widely used plants in essential oils in history. Lavender flower extract is steam distilled from Lavandula angustifolia, a perennial, bushy shrub with a flowery top.

Lavender has been used for a long period. In terms of its history, Greeks used lavender as a perfume. Romans used it in their bathroom for washing, cleansing qualities, and dispelling insects. Egyptians used lavender as an ingredient in incense and perfume. Queen Elizabeth I used it in her tea to relieve tension. The many plant ingredients in lavender essential oil contribute to its vast range of usage. Today, we use lavender as a tea and to cleanse, support normal sleep, ease occasional depress, soothe sun-exposed skin, and reduce stress.

Lavender oil is considered one of the safest essential oils and can be applied directly to the skin. The lavender essential oil has limitless benefits, and its modern research will still go on. For example, it is said that an infusion of lavender can soothe and cure insect bites. Apart from that, bunches of lavender are also considered to repel insects. According to a scientific survey, if applied to the temples, lavender oil is capable of soothing headaches.

Besides the uses of Lavender above, it is frequently used as an aid to sleep and relaxation. The using process is as follows. Seeds and flowers of the plant are added to pillows, and an infusion of three flowerheads added to a cup of boiling water are suggested as a soothing and relaxing bedtime drink. Lavender oil is said to heal acne when used diluted 1:10 with water, rosewater, or witch hazel, which is also applied in the treatment of skin burns and inflammatory conditions.