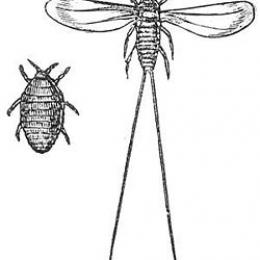 Product description:
The cochineal .Dactylopius coccus) is a scale insect in the suborder Sternorrhyncha, from which the crimson-coloured dye carmine is derived. A primarily sessile parasite native to tropical and subtropical South America and Mexico, this insect lives on cacti from the genus Opuntia, feeding on plant moisture and nutrients.
The insect produces carminic acid that deters predation by other insects. Carminic acid, which occurs as 17-24% of the weight of the dry insects, can be extracted from the insect's body and eggs and mixed with aluminum or calcium salts to make carmine dye (also known as cochineal). Carmine is today primarily used as a food colouring and for cosmetics.The carmine dye was used in Central America in the 15th century for colouring fabrics and became an important export good during the colonial period. After synthetic pigments and dyes such as alizarin were invented in the late 19th century, natural-dye production gradually diminished. Health fears over artificial food additives, however, have renewed the popularity of cochineal dyes, and the increased demand has made cultivation of the insect profitable again, with Peru being the largest exporter. Some towns in the state of Oaxaca (in Mexico) are still working in hand-made textiles.